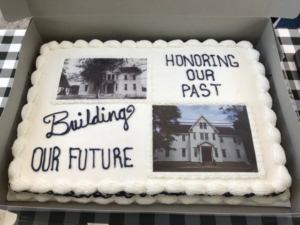 St. Paul’s Parish was organized on September 1, 1855, under the guidance of the Rev. David D. Van Antwerp, a U.S. Army chaplain stationed at nearby Fort Macon. Construction of the present church began in early 1857 on a lot that had been purchased by the Vestry of St. Paul’s a year earlier from Abigail Hill. The purchase price was ten dollars.

Today’s visitor will note that the simple box-like pews have been well-used. In fact, they are the original “temporary” hand-hewn pews that, for one reason or another, became permanent.

Consecration of the new building in May, 1861, came during the height of the Civil War. Yet on May 21, political alliances were set aside. Joining the Right Reverend Thomas Atkinson, bishop of North Carolina, were the Rev. Von Antwerp, who was a Union officer, and the Rev. Alfred Augustin Watson, Rector of Christ Church in New Bern, who was an officer of the Confederate Second North Carolina Regiment. That kind of cordial cooperation made for a strong foundation for the new church in Beaufort.

The history of St. Paul’s is extensively documented in publications available for viewing through the church office. Our resident church historians, Mamre Wilson and William Moore Davis, have compiled and chronicled this rich history for all time. 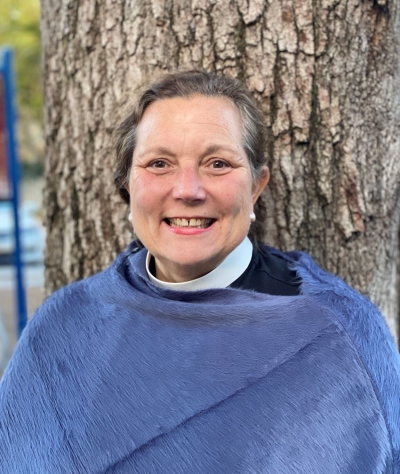 I have served God and the church since 1984. I have been a youth director, lay associate, parish associate, and campus chaplain. I have served as Rector of Saint Paul’s since January 2019. I was raised on a small North Florida Island, which bears more than a striking resemblance to Beaufort if having had a Pouggie plant, large brown bugs, and way too much humidity are any indication. I am the granddaughter of a Methodist church musician who allowed me to sit by her side on the piano bench and would play hymns on demand. My mother was a Georgia Sweet Potato Queen and fabulous cook, and my father was a Salvage Dealer and local politician/ folk hero who collected a little bit of everything and challenged equally as much. Both prepared me for a life in the church which has never been dull! I believe Christ died to take away our sins, not our minds, that God loves us relentlessly, and that there is nothing we can say or do that will separate us from God’s grace and love. 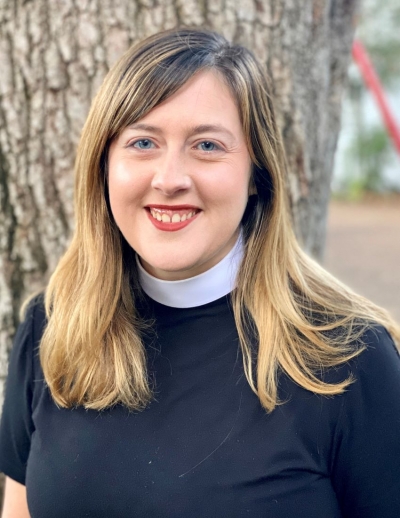 I grew up in the Episcopal Church and was recently ordained to the priesthood. I have been serving the people of St. Paul’s since June of 2022. However, this is not my first time worshipping with the wonderful people of this parish. For a brief time eight years ago, I served as the part-time Director of Youth Ministries while teaching environmental science full-time. While I am the Associate for Parish Ministry, my primary areas of oversight include children’s and youth programming. If you are curious about how to address me, you can call me Ashley, Mother Ashley, or Reverend Ashley. I answer to any name but prefer to be called Ashley.

Sunday 10:45 a.m. service, Wednesday Noonday Prayer and Thursday Evening Prayer are live streamed
Watch on our website or on Facebook

Anchored in God’s Love, Moved by the Church’s Sacraments, Empowered by the Holy Spirit, Nourishing the World in Jesus’ Name.

We are glad you are visiting our website and hope you will visit us in person soon. If you are looking for a spiritual home, we welcome you to worship God and grow in grace with us.


Welcome from Our Rector Leadership

If you are looking for a temporary place of spiritual rest and fulfillment as you travel on to another destination, you are welcome to spend a day or a month or more with us.

We invite you to walk with us on your spiritual journey. Wherever that journey takes you, may you know the blessings of God who calls us all in love.

May the Peace of the Lord be always with you.

Baptism. Confirmation. Marriage. Funerals. At these extraordinary times, we celebrate them as sacraments. According to the Book of Common Prayer, sacraments are "outward and visible signs of inward and spiritual grace, given by Christ as sure and certain means by which we receive that grace." We look forward to sharing these special sacramental moments with you.

At St. Paul’s, the history of our parish is important to us. When you walk into the narthex of the church, you are greeted with the pamphlets named “A Brief History of St. Paul’s.” Our history reflects how we came to be a parish in beautiful Beaufort, North Carolina, but it also continues to inform how we move and remain present in the community today. We hope you will take the time to learn a little bit more about us.

We as Episcopalians believe in a loving, liberating, and life-giving God: Father, Son, and Holy Spirit. St. Paul's is part of the Episcopal Church, a church that is both rich with ancient tradition and relevant to life in the 21st century. We believe that God loves you - no exceptions.

We believe in following the teachings of Jesus Christ, whose life, death, and resurrection saved the whole world.

Providing crucial financial support to our parish and its ministries is a big part of how we express our commitment to this special community of faith.

Stewardship is our total response to the fullness of life given to us by the God in whose image and likeness we are made and remade. We believe that all that we have and all that we are ...our time, our talents and our treasure is to be offered back to God, to be used in partnership with Him and His Church for the salvation of the world. This is a lifelong process that we ,as followers of Jesus, give ourselves freely too.